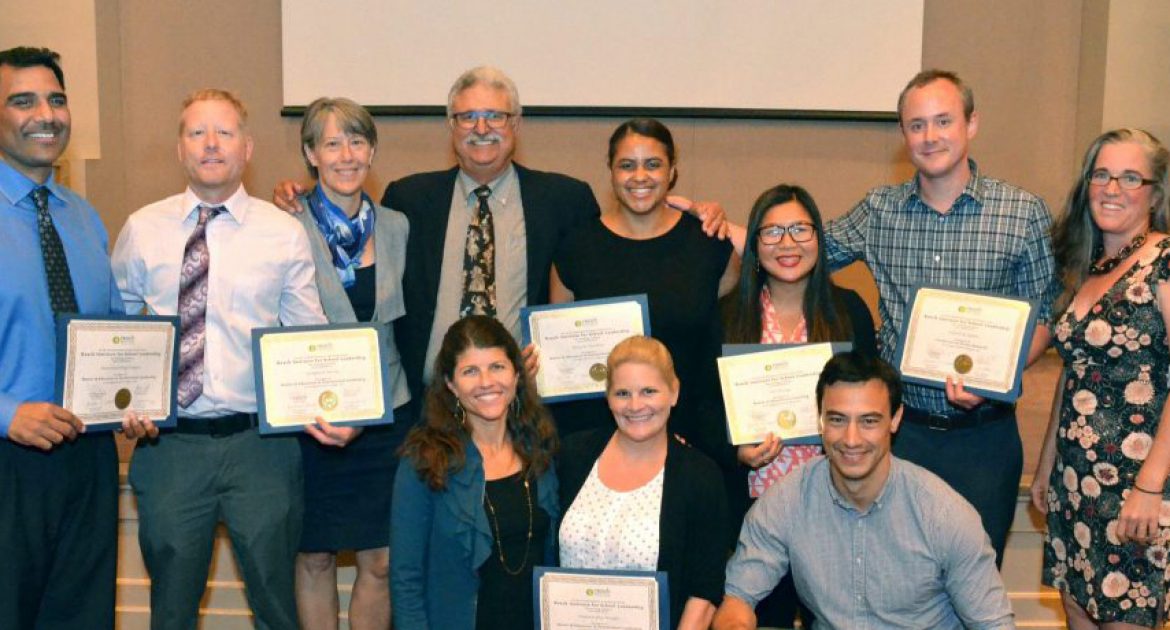 Just as a quality instruction is essential to promoting active classroom learning, effective school leadership is a prerequisite for making strides toward school-wide achievements.

More and more, since the founding of the Reach Institute for School Leadership, studies show that the key components of effective professional development for school leaders are: one-to-one coaching, a concentration on continuous reflection and refinement of practice, and the establishment of networks as a mechanism of both support and knowledge sharing.

These techniques have been at the core of the Instructional Leadership Academy’s approach to training educators for school site and central office leadership roles. Reach employs these methods across all of its educator development programs.

“In my experience…people took other potential leaders under their wing and helped to mentor them in an unofficial way, to grow them and help their school or district,” said Dennis Chaconas, an education veteran whose experience includes serving as a principal, superintendent and college instructor.

“Reach was founded because it became very obvious that this mentoring was dying off,” said Chaconas, who is also a Reach founder and teaches in the Instructional Leadership Academy (ILA).

In describing ILA’s mentoring through its one-to-one coaching, candidates are guided through a process of identifying and articulating the challenge they are working to overcome, and through that dialogue helped to understand what or where the gaps are and what is needed to close the gaps, said Jessica Evans, coordinator of the ILA program.

“We’re trying to get people to analyze their own practice,” said Evans who also coaches. “They’re practicing and analyzing. Building that mindset and way of thinking and analyzing which we hope they carry with them after they leave us.”

“There are lots of opportunities in which someone is facilitating their analysis or they are facilitating someone else’s,” said Evans. “Do we have a common vision? Do we have data? Are we doing a gap analysis? They always have the structures in their mind for this.”

Comparing Reach’s approach to other San Francisco Bay Area educator development programs, Cheryl Wilson, an instructor and coach of first-year ILA candidates, said pieces Reach offers that she found missing from her experience as she was working on her administrative services credentials, is the alignment of theory, practice and policy. This is important for making sense of larger district imperatives and integrating those goals into teaching and leadership practices.

“At Reach there’s an instructional thread through the entire program and with the coaching…There’s a continual connection because faculty are the coaches. They connect the pieces.”

There is a growing understanding that developing strong, impactful leaders happens in the same manner as it does in other professions — through mentorship.

“If you look at the amount of time that teachers actually have, there’s very little opportunity to do something and get feedback on it, which is very different from other professions,” said Victoria Folks, who rounds out the ILA coaching team.

“How do we think about development as adults? Chances are you won’t have any support on your site,” said Folks, leader of ILA’s masters in teaching program. “It’s not like you’re never going to need support to develop.”

The support doesn’t end when candidates graduate from Reach.

“There’s a network effect,” Chaconas said. “That network does not end when the classwork is completed. It’s an ongoing reciprocity. It’s not uncommon for us to receive calls or to connect and continually serve as a mentor going forward.”